A data set is a set of measurements or observations on a given variable. For example the height of a goup of people, as shown below, is data.
In the example below, the height is the variable and the set of values {165,171,167,180,145} is the data set. 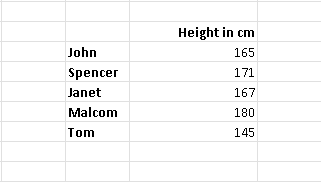 Each value in a data set is called data value.

Data collected may be used to make important decisions. But before being used, data must first be analyzed. The latest technological developments made it possible to collect large amount of raw data and therefore efficient methods and tools are needed to analyze and hence make sense of this data and therefore make decisions.
Data analysis presents data in useful and meaningful way that may be used to make important decisions.


Variables and Types of Data 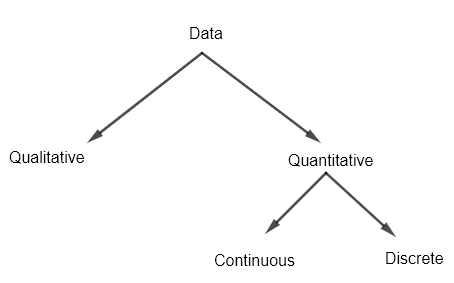 Statistics is the science of collecting, organizing, presenting and generalizing data. There are two major branches of statistics.

1 - Descriptive statistics includes the collection, such as measurements and observations of data, organization, creating summaries and presenting in the form of tables, graphs, patterns ... of data.
The amount of data may be overwhelming. As an example the data related to the values of the Dow, S&P and Nasdaq stock markets indices from 12/16/92 to 12/14/21 and consisting of 7303 rows are included in the table of Dow, S&P and Nasdaq. One cannot draw any conclusion by looking at the data in the table. However a simple graph as the one shown below, helps in drawing important conclusions: over the same period of time, the Nasdaq increased much faster than both the Dow and S&P indices.
Note that the data graphed below has been normalized such that the data values on the 12/16/92 is equal to 1. This is done by dividing all data values by the data value on the date 12/16/92.

2 - Inferential statistics includes the conclusion and generalizations of data behavior of a population using samples of the population. To ensure an accurate statistical inference, data sample must represent every segment of the population.
In surveys for example, people should be randomly selected in order to draw accurate inferences that make sense.